What to do in Exeter: tourist attractions pt. 1

You are here:Home/Posts/Exeter/What to do in Exeter: tourist attractions pt. 1
Previous Next

What to do in Exeter: tourist attractions pt. 1

What makes Exeter so special? There are a couple of reasons but the one that stands out the most is its history, given it’s one of the oldest cities in England. For those looking for a weekend get-away, Exeter is the place to travel back in time and take in the atmosphere of England as it was in the Middle Ages. But let’s look at the very best reasons to book a ticket and accommodate in Exeter for a weekend… or longer:

Officially known as the Cathedral Church of Saint Peter in Exeter is a building with a history worth bragging about, being nearly a thousand years old. It’s a place of both worship and beauty, known to charm every curious visitor. What you’ll see there is awe-inspiring – a beautifully decorated astronomical clock, the Minstrel’s gallery that is completely unique in English cathedrals and the spectacular Bishop’s Throne. Look up and find the longest continuous medieval stone vaulted roof ever built. 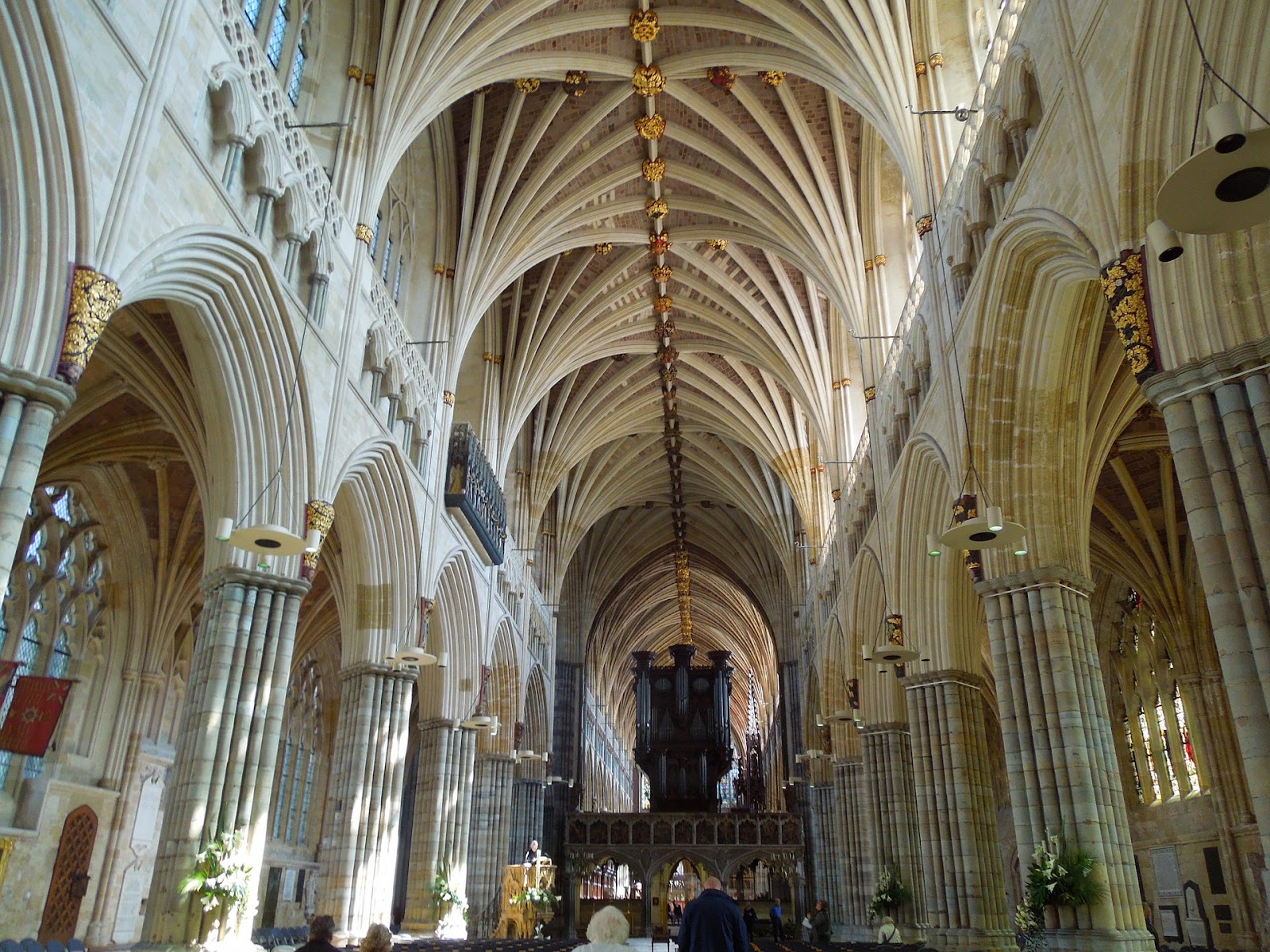 2. The House that Moved

One of the oldest standing houses in Exeter. Some might call its story bizarre, others – fascinating. The name of it is not a metaphor: It really was moved on iron rails to a completely new location and is now here in Exeter for us to admire. Although now it serves as a wedding dress shop, it’s still furnished as if somebody was living there.

A bridge that takes you back to the olden days of the 13th century. It makes you want to just sit there and imagine English people in medieval clothing casually passing it on their way to the Exeter Quay to wish sailors godspeed before they embark on their journeys. It had spanned the River Exe for about 600 years before it was partially demolished in 1778 and rediscovered as a tourist attraction in the 1960s. It’s now free to visit, located a short walk from the Exeter Cathedral, making it a great place to see when thinking of grabbing something to eat at the Exeter Quay.

As was mentioned before, in this article I’ve put strong focus on the must-see historic sights. They are a true delight to those who take interest in well-preserved marks of the old times, but there is a lot more to Exeter than just that. In the next article in the “What to do in Exeter” series we will look closely at attractions suitable and enjoyable for everyone, not just history buffs. But these alone are a great reason to book an apartment now. Our serviced apartment Isca House is a lovely place located within walking distance to the previously mentioned Exeter Quay as well as the city centre, making it a perfect place to stay.

Hello and welcome to GiL properties Ltd. We provide high quality Airbnb properties in Exeter for your holiday trip, work travel and for trade/construction workers. Please feel free to contact us if you may have any questions. We look forward to hosting you in our self catering properties.